“There [are] two ways here, one is environmental, one is communal.” – Misha Nikitin, LEF resident 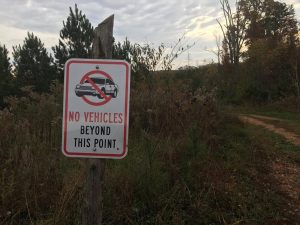 According to cofounder Alexis Zeigler, the central purpose of LEF is to create “a package of [sustainable] integrated village technologies accessible to, if possible, everyone in the world.”

Other “sustainability” projects often focus on self-sufficiency, or minimizing dependence on industrialist commodities. This leads people to build independent homesteads, install expensive solar energy systems, and drive electric cars. This individualistic approach to environmentally friendly living still requires a large amount of resources that come from extracted fuel, materials, and labor. LEF views collective living as one of various necessary choices required for a lifestyle that is environmentally sustainable on a grand scale.

In addition to collective living, LEF employs a number of sustainable technologies in order to operate with minimal environmental impact. Zeigler notes that though the group had originally planned to purchase all of their technology from existing manufacturers, much of the technology needed for the project had to be made from scratch.